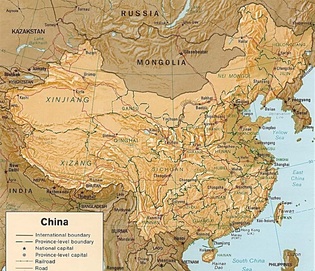 China was one of the cradles of the human race. The Chinese nation is not only the most populous but also one of the oldest in the world. Fossils that have been found in Chinese territory include those of Yuanmou Man, the first Homo erectus, who lived 1.7 million years ago, those of Lantian Man, who lived 750,000 years ago, and those of the Peking Man, who lived at Zhoukoudian in today's suburban Beijing 600,000 years ago. The fossils of Shu Ape, a primate that lived 45 million years ago, which is known as the "first anthropoid", were discovered in China in 1994.

The first light of Chinese civilization revealed itself 7,000 to 8,000 years ago, as indicated by the ruins of the Daxi Culture in Sichuan and Hubei provinces, the Majiapang Culture in Jiangsu and Zhejiang provinces, the Hemudu Culture in eastern Zhejiang and the Yangshou Culture along the middle reaches of the Yellow River and its main tributaries.